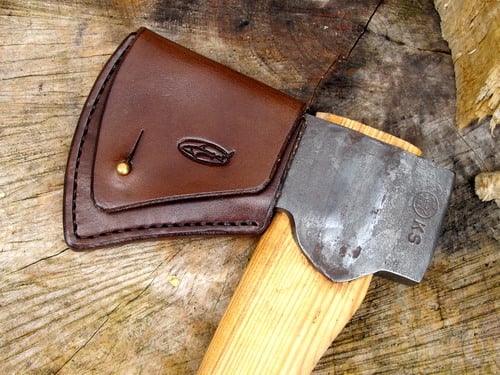 Made to Order
0 in your basket
View Basket Checkout

Whilst the quality and craftsmanship of the Gransfors Axes is exceptional, placing Gransfors Bruks as one of the world leaders of fine quality axes, it cannot, unfortunately, be said of the Axe Sheaths that are supplied with these axes. Since we consider Gransfors Bruks axes to be such a superior product, we thought that they deserved a superior Axe Head Sheath to complement them.

Whilst I am not saying that their supplied sheaths are unfit for purpose, far from it, they are more than adequate for their intended purpose, however, the sheaths that they supply are not in the same quality league as the axes that they so professionally forge. Putting this into a nutshell the sheaths are, in our opinion, just a No frills functional object, a utilitarian item that does the job that it was intended to do and no more!

So what should you be looking for in a good Axe Head Sheath? 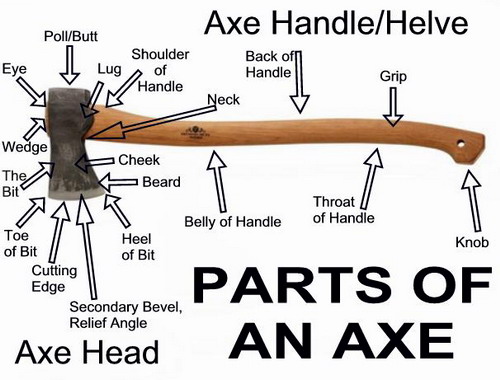 The quality of the Leather & Workmanship

The use of the very best quality leather is an essential part of a quality sheath, not only because it looks and feels good, but because it will protect the handler from the cutting edge of the tool as well as protecting the cutting tool from the environment.

We use only the very best quality 3.5mm (+/-) thick vegetable tanned leather hides that have been specially hand selected by us from our supplier’s warehouse. Each Axe Head Sheath has been meticulously stitched together using the incredibly strong 'Double-Handed Saddler's Stitch'. This stitching technique is hard to master to a professional standard and as such many other manufactures of these sheaths will use, well, less traditional means to achieve the same style of stitching.

A good axe head sheath should cover the whole of the axe head right up past the ‘Cheek’ of the axe to the ‘Throat’ intersection (i.e. where the Handle passes through the Lug and Eye just above the Cheek), and not just up to the ‘Beard’ or ‘Cheek’ as do so many other designs seem to do. Incidentally this intersection point also tends to be the narrowest point of the axe head, which conveniently enables us to contour our sheaths, and closure flap, snugly into this area; thus providing an unsurpassed level of ‘slip & slide’ stability, good overall axe head coverage and most importantly the prevention of accidental sheath removal.

The use of rivets on any form of sheath, be they for knives or axes or etcetera, is not always advisable. Rivets are often made from pressed chrome plated steel, which not only makes the sheath look cheap and a bit tacky, but can, over time, begin to rust. Better quality rivets that are made from either solid copper or solid brass can add a degree of quality and permanence to a sheath, especially when they begin to patina, but are not often used because they are more expensive to buy and they take a lot longer to set them in place, thereby increasing overall production costs. 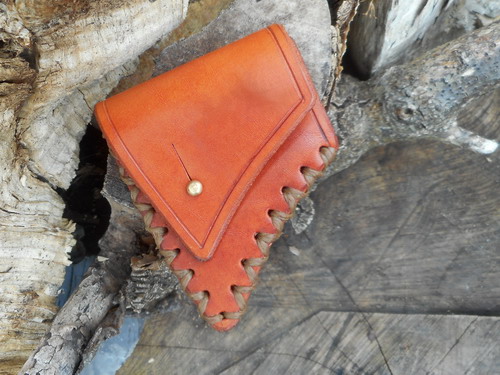 In just about every case where you see a cheap sheath, you will also see that rivets have been extensively or exclusively used. They are used to not only reduce production time and costs, thus avoiding the need for the sheath to be stitched, but also to avoid adding a Welt. Rivets used as makeshift Welts enable the sheath to remain relatively safe for the handler because they act as a solid barrier preventing the handler from being cut should the tool ever cut through the sheath at the joint. Another point of consideration is that rivets will, over time, tend to damage the cutting edge as the leather loosens exposing the cutting edge to the rivets whilst being bounced around in normal use.

Another worthy point is that all rivets, be they made from quality materials or not, are usually made from metal. As we all know metal is a relatively hard material that can easily dull a razor sharp cutting edge should it come into contact with the rivet, whist the tool is being removed or replaced in its sheath. Adding insult to injury, this kind of accidental scraping and consequential damaging of the cutting edge, is an accident just waiting to happen because as is all too often be seen, on cheaper sheaths, the rivets are positioned right at the Mouth of a sheath. Positioned right where the cutting edge and sheath are at their closest point to each other whilst passing each other at speed. Rivets used thus are, in our opinion, an unforgivable design and money saving oversight.

A good thick Welt is an essential part of any sheath - absolutely.

With this in mind, the Welt is piece of leather that is sandwiched between the two outer layers of the sheath. It is used, mainly, to protect the sheath’s stitching line (i.e. the stitches) from the cutting tool’s cutting edge and therefore the owner’s hand from being cut should the stitches be cut through whilst the sheath is being held. A good quality Welt should be a minimum of 3.5 to 4 mm thick, but can be much thicker than this, sometimes being as thick as the thickness of the cutting tool itself.

A lot of thought has gone into the making of these high quality Axe Head Sheaths. When making the preliminary designs and prototype for this item we paid close attention at many of our competitor Axe Sheaths, and then using our many decades of experience in leather work, functional design, understanding of aesthetics and quality of craftsmanship, we ironed out the flaws and issues that we saw in these other products of similar design, to end up with a top of the range Axe Head Sheath that will see many, many years of service. 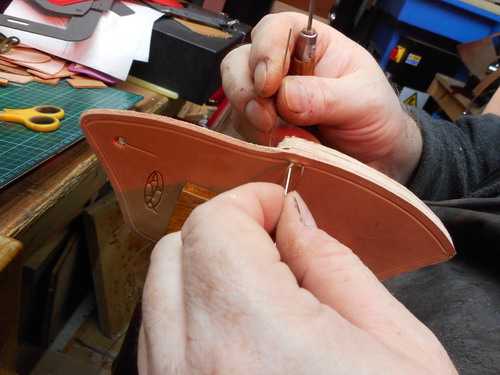 All of our handmade leather goods come with a lifetime unconditional guarantee on workmanship, which means that you can be sure that it will be made to very highest standard.

Some Other Advantages Worthy of Consideration

1) Our Axe Head Sheaths will not only keep the cutting edge of your axe well protected, but (2) will also enable you to use the ‘Poll’ of your axe as a hammer. The Poll is to be found on the back side of the axe’s head and often looks just like a flat hammer. It is worth mentioning, here, that whilst the Poll of an axe is not recommended to be as a hammer, unless it has been specially designed to be used as one, the Poll of an Axe is, none the less, often used for that purpose and whilst it is still sheathed. (3) This is a very important safety feature because you can use the axe’s Poll as a hammer whist the cutting edge is safely protected from you and the environment and at the same time protects the cutting edge from being accidentally damage. (4) Since the Gransfors axe sheaths typically have a strap that fits around the Poll of the axe and then back to the main body of the sheath where it is fastened to the same characteristically with a Press Stud, it can be very easily damage should you choose to use the Poll as a hammer and miss your target. With the strong possibility of the strap closure becoming damaged, when used for this task it is often removed beforehand to prevent this from happening; this then makes the axe as a hammer a much more dangerous task simply because there is now sharp unprotected cutting edge flying around at high speeds. This being the case we designed our Axe Head Sheath so that the fastening was on the other side of the handle and well out of the way of the Poll so that the cutting edge can be protected whilst the axe is used as a hammer. (5) Similarly, because our Axe Head Sheaths are also a lot tidier and more compact, with less sticky outie bits to snag on other pieces of equipment, they can be more easily stowed in a bergan or on your belt.

The Sam Browne Stud was invented by General Sir Samuel Browne back in the 19th century and is still used in many military and police uniforms to this day. It is still considered to be one of the most secure forms of fastening there is, when you take into account the ease and the speed with which it can be opened and closed and only with one hand. Each Sam Browne Stud is made from high quality solid brass that when fixed to the sheath is then backed with a leather pad on the inside of the sheath so that the stud will not compromise the axe head in any way whilst it is stowed in the sheath.  Please note we sometimes have at least a 2 week waiting list for our bepsoke leather work. No Axe is inluded in this sale or any other iems shown in the photos. 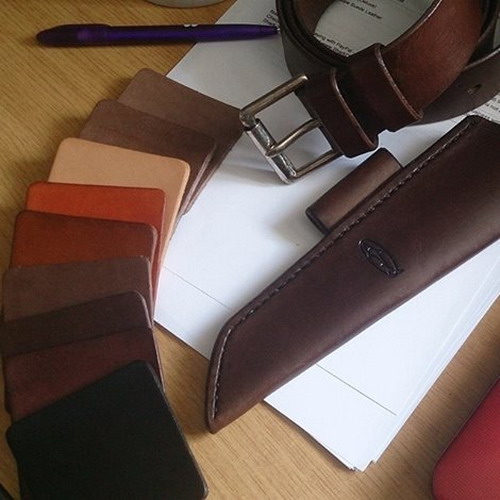