FIRE - Tinder … Is it time for a New Vocabulary?

In this article I want to address and, hopefully, expand the richness and colour of the English Language ... well, as far as the collective simplified noun ‘Tinder’ goes!

Way back in the annals of time when humans started moving further and further northwards, settling in the high Northern Nordic latitudes to become what we now know today as the Sami People, it became more and more essential for them to expand their vocabulary and create new nouns for a substance that began to, more and more, dominate their lives. A ‘one size fits all’ collective noun just didn’t cut it for them, as it does for us Brits. After all some forms of this substance were useful, but other forms were downright dangerous ... but, to their sophisticated eyes, all were markedly different from each other. For those who haven’t guessed it yet, I’m talking about that very cold substance we know as ‘snow’. 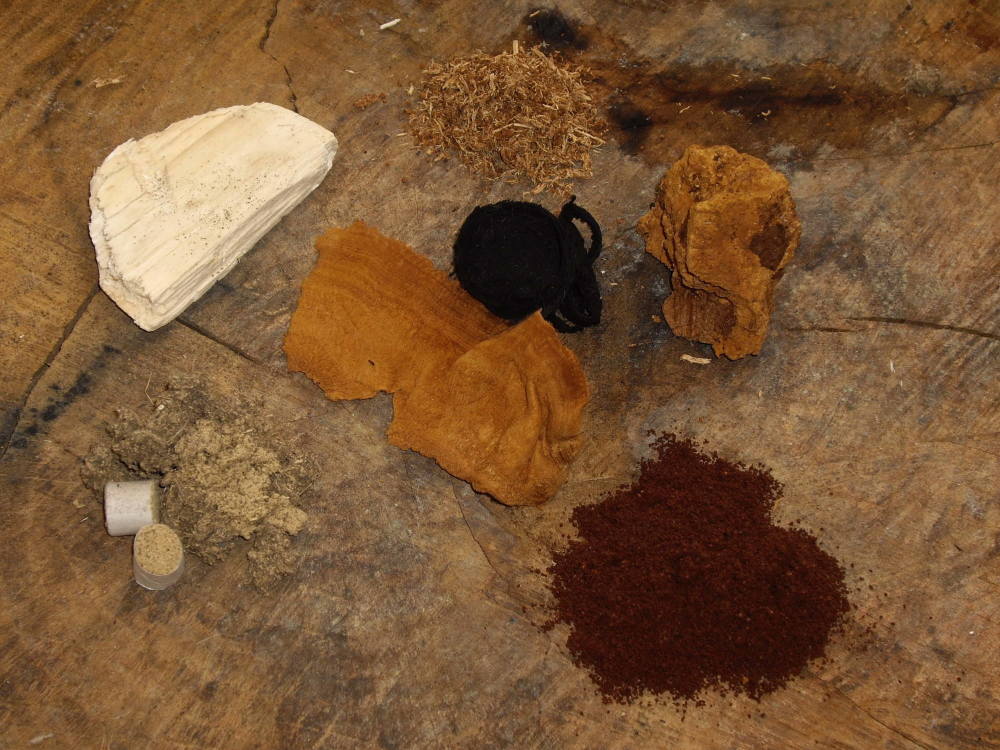 So what has Snow to do with our subject?

The answer is very simple. It highlights the point that, more often than not, vocabulary is somewhat limiting and frequently needs to be expanded. Let me explain.

Ever since I started teaching the ‘Art of Fire Lighting,’ I, like many Pyro-instructors before me, have had more than a little problem when it comes to offering a quick, but self-explanatory explanation to those we are talking to about Tinder. The word ‘Tinder’ is an over-simplified, collective noun for this most essential fire-lighting substance and, being just one word, is far too limiting.

Over the years, when using the single term ‘Tinder’ to explain its myriad of variations and specialized uses, I have found myself becoming quite frustrated. My frustration was born out of language inadequacies ... and not the people I was talking to, may I hasten to add! This dissatisfaction had, on many occasions, required me to make lengthy explanations, comparing and contrasting the many forms which Tinder takes. Without such explanations I found that many people walk away with a mistaken understanding that ‘Tinder is Tinder is Tinder’. 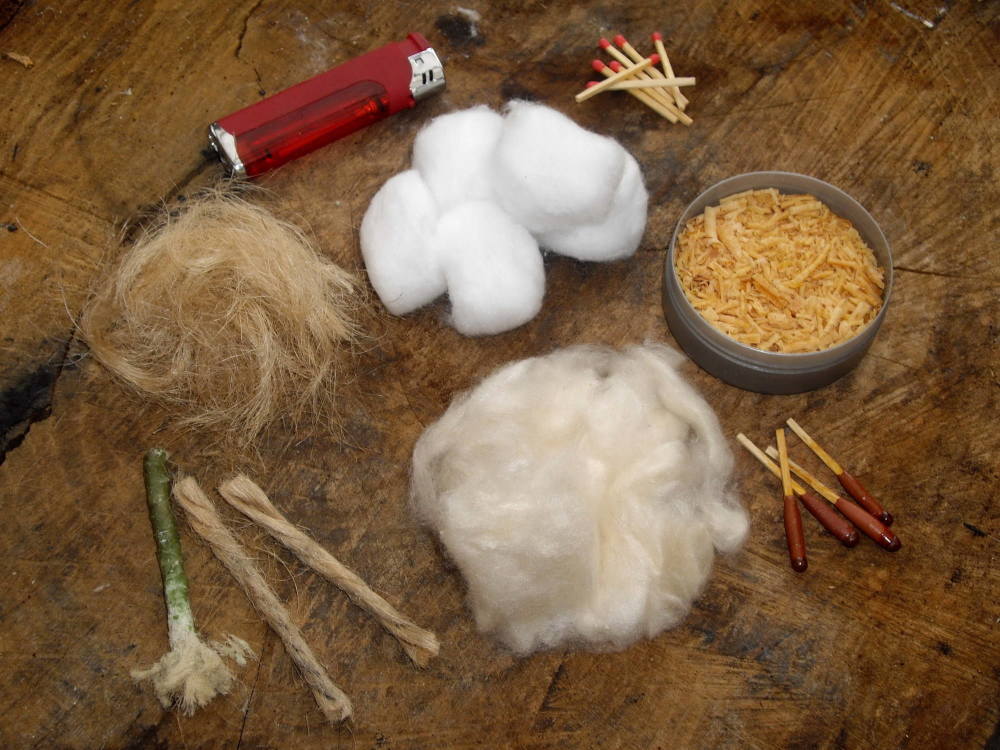 So what is Tinder?

The Longman New Universal Dictionary says: Tinder: - (Noun) any combustible substance suitable for use as kindling. To me it’s a bit like saying “Snow: - (Noun) a cold white substance used for making Snowmen”.

This dictionary explanation is OK ... as far as it goes! But, it does not, really, tell us anything of significance about what Tinder actually is. It is far too vague to be of any real use to the average Bushcraft pyromaniac!

It seems to me that, within the richness of the English language, the total lack of anything that offers up more hints and clues about this most ancient and very important substance should have been included millennia ago. But ... nothing exists that differentiates between the different aspects of this most essential fire lighting substance … until now!

We should expand the English language with a few self-explanatory words that explain the main differences between one type of Tinder and another. This would make the lives of the average pyromaniac so much easier. So, by adding my own slant and variations to the collective noun ‘Tinder’ I will, hopefully, iron out some of the many wrinkles of confusion and liberate the average pyromaniac’s imagination and, hopefully, expand our language.

Let me introduce two new words to the English language ... and then explain them or, in the immortal words of General Doe, “Let’s run them up the flagpole and see who salutes them.”

Here is a Limerick to ease you into two (new) words which also explain two, vitally different qualities Tinder.

There's a problem with the collective noun 'Tinder',

How it reacts when it burns to a cinder.

Some smoulder, some burns,

Right, now that’s out of the way, here is the explanation. Just about everyone who knows how to create fire, without matches or lighter that is, will probably be aware that different types of Tinder respond to being ignited in, principally, two ways. Some forms of Tinder – like my Limerick Highlights - will smoulder (in that they do not ignite directly into a flame) whereas other forms of Tinder will flash directly into a flame.

Cotton, in the form of ‘Cotton Char Cloth’ and ‘Cotton Wool’ (Photo 1) will react completely differently to the same ignition source. If we strike sparks from a Ferrocerium Fire Flint, for example, which then land on a piece of Cotton Char Cloth and also a piece of Cotton Wool, it will immediately become obvious how the two forms of Tinder will react to the sparks. (Photo 2) It will be quickly observed that the Cotton Char Cloth will simply begin to glow and, then, smoulder... whilst the Cotton Wool will ignite directly into a flame. (Photo 3). 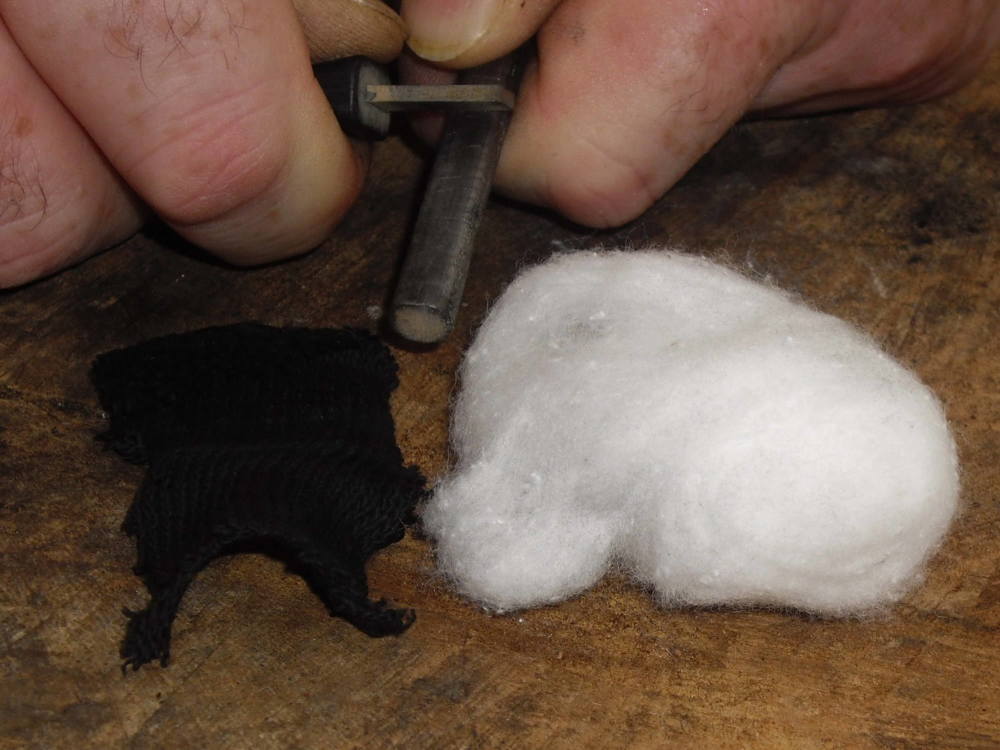 Photo 1. Char Cloth and Cotton Wool about to be ignited 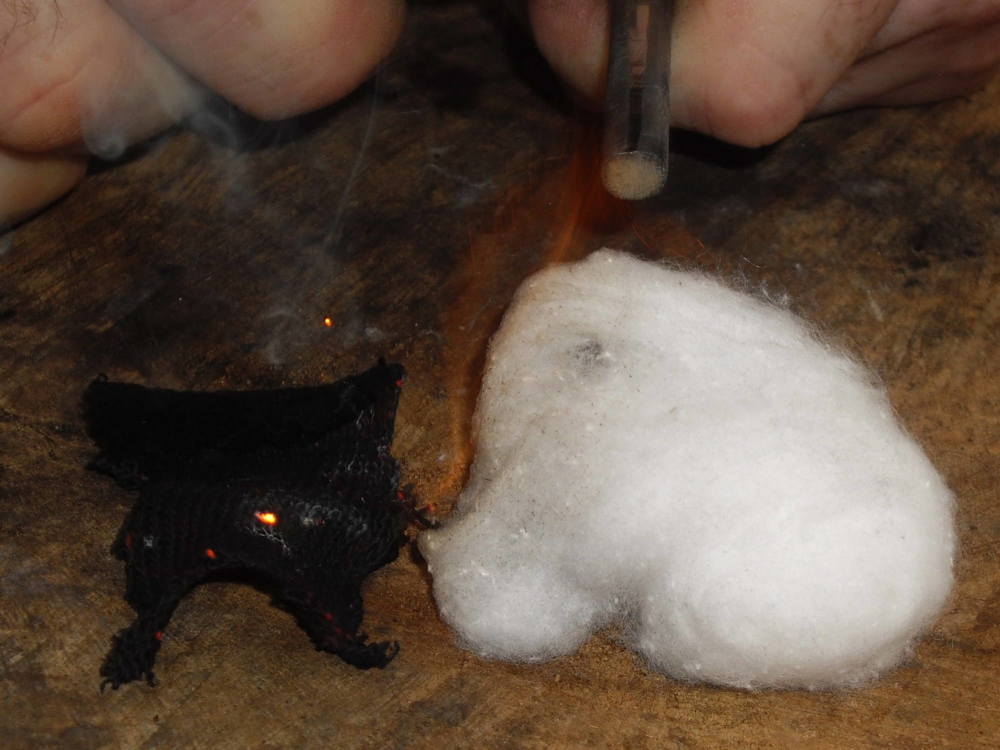 Photo 2. One good strike and they both become lighted 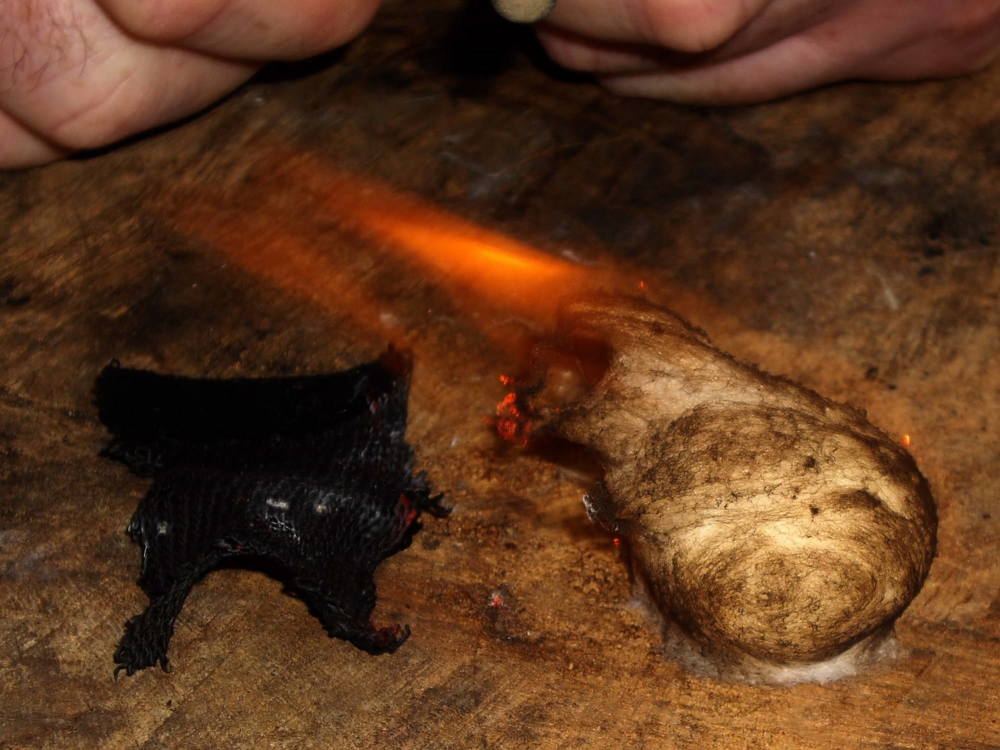 Photo 3. The Char Cloth is 'Smouldering' whilst the Cotton Wool 'Flamindering'

How, then, can these diametrically opposed reactions ever be explained by using the single word, Tinder? It certainly does not allow us to tell the difference between the two and, then, correctly choose which type of Tinder will best suit our needs.

Putting it all in a nut shell 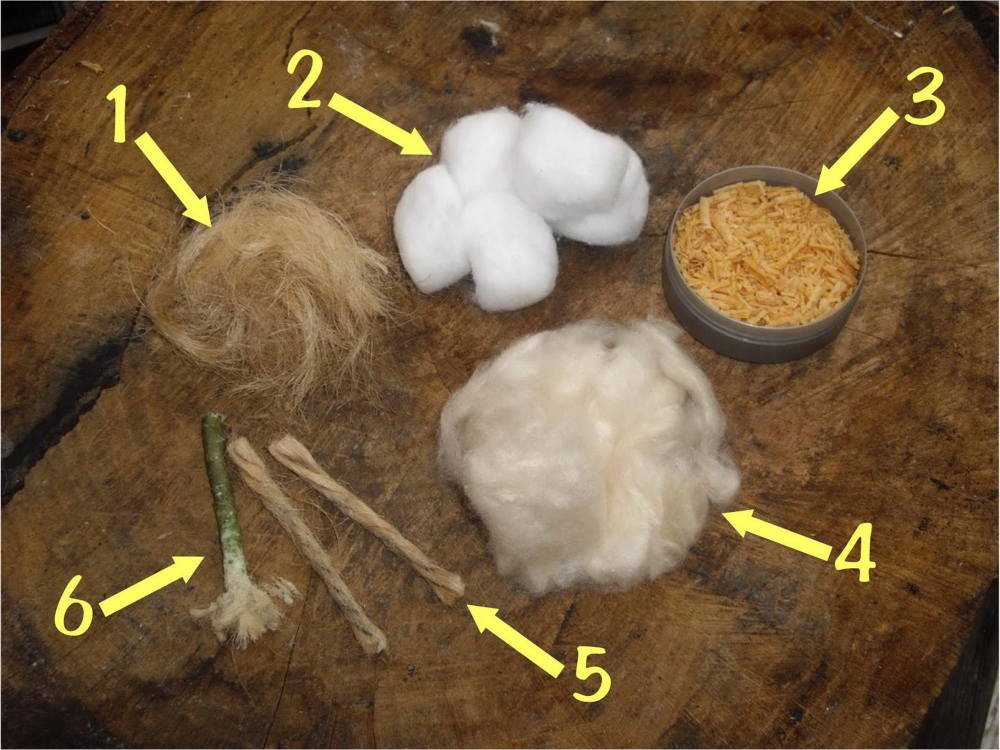 Photo 4 shows some good examples of ‘Flaminder’, which are things like: 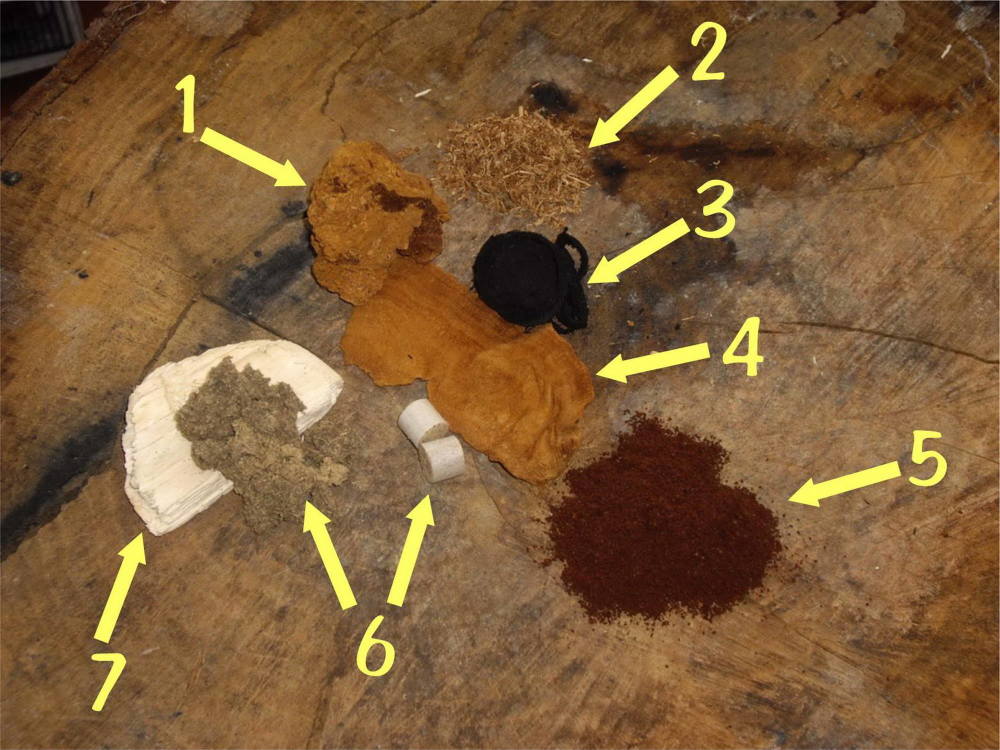 Photo 5 shows some good examples of ‘Smoulinder’ which are things like:

What more can I say?

Let me finish this article with this closing statement. “The concepts behind this article are in a state of evolution, an ongoing process of creation. The ideas and terms are not fixed. I am pretty sure that the words I use here will evolve and then stick ... where they will! My primary intention is only to open doors to a whole, new world of possibilities. The ideas that are formed within its boundaries can forge a path that can be used to explore any new potential of this ancient subject and, as such, you are most welcome to add your own observations - or expand on mine - thereby enriching its parameters for all Pyromaniacs out there.”